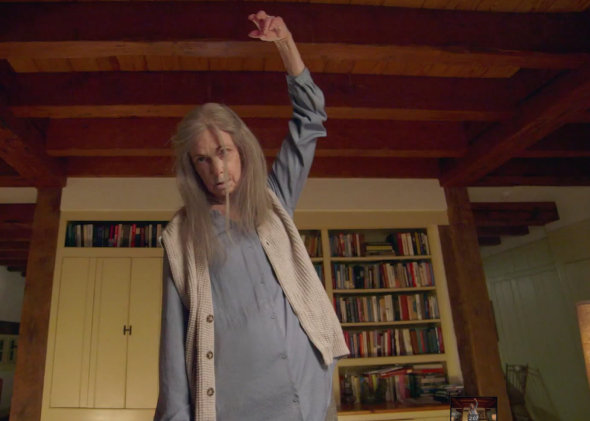 Think about all the great twist endings in film history.

Our introduction to mama Bates in Psycho. The legend of Keyser Soze in The Usual Suspects. Darth Vader’s confession in The Empire Strikes Back. Taylor’s discovery in the final seconds of Planet of the Apes. The unmasking of Louis Cyphre in Angel Heart. The ghosts of The Others. The secret to the magician’s success in The Prestige.

There have been lots of great ones over the years, but no twist has ever matched the final big reveal of The Sixth Sense.

More than just a great surprise ending, though, the genius of The Sixth Sense was how writer/director M. Night Shyamalan teased viewers with so many bread crumbs and signposts throughout the film. The answer was right there in front of us all along, and yet—when the ending came—we were all knocked on our collective backside. In fact, the greatest pleasure of The Sixth Sense may not even be the ending, but rather the second viewing, when you get to go back and laugh at yourself for all the clues you missed.

Ever since The Sixth Sense, Shyamalan has been chasing an impossible dream—trying repeatedly to recreate the formula—but has consistently fallen far short of the mark.

The Visit has been billed as Shyamalan’s return to form, but while the film offers plenty of creepy atmosphere and some legit jump-out-of-your-seat scares, its big (for lack of a better word) reveal is so telegraphed and predictable that the whole thing ends up feeling like a major letdown.

Becca and Tyler have never met their grandparents, who have been estranged from their mother, Paula, since long before the two kids were born. When the elderly couple reaches out to Paula through the Internet, however, she happily ships her kids off for an unchaperoned week long visit, pretty much no questions asked. You know, just like any mother would. It doesn’t take Becca and Tyler long to realize, though, that Nana and Pop Pop are just a bit strange—maybe more than just a bit, in fact—and as the week unfolds, their eccentricity quickly evolves into something far more sinister.

Despite its ultimate failings, The Visit succeeds in its slow burn and not-immediately-clear revelation of Nana’s and Pop Pop’s peculiar peculiarities. Is there something unstable and dangerous about them, or are they just, well, old?

Pop Pop disappears regularly into an old shed, but is he really hiding something back there or just doing his chores? Nana crawls around under the house chasing the kids, but is she just playing or are they really in danger? Shyamalan skillfully dances around those questions by lurching back and forth from moments of tension and suspense to frequent releases of the safety valve of humor. Over and over, he sets in motion the elements of full-blown horror and then backs off, letting the audience laugh off the tension and then immediately cranking it back up.

The best parts of The Visit are the unnerving little set pieces constructed around Nana’s instability. After bedtime, she stalks around the house like an animal, terrifying her visitors, who are essentially trapped in their room. During the day, she asks Becca to climb into the kitchen stove to clean it…and then menacingly encourages and prods the girl to go deeper—all the way—into it. And when Becca tries to ask her about what happened the day Paula left home for good, Nana becomes completely unhinged.

The worst part of The Visit—other than the letdown twist, that is—is the monumentally ill-conceived creative choice to present the film in first-person perspective, documentary style. Becca is a real film prodigy, you see, and so she has decided to film the entire visit and turn it into a family documentary. As a result, we are supposed to understand The Visit as the final assemblage of documentary footage that Becca and Tyler have shot over the course of the week.

In addition to it being a completely overused filmic device, Shyamalan never makes any effort to suggest that the scenes or even individual shots might actually have been shot “reality style” by the characters. Every single shot—indoor and outdoor—is perfectly lit, remains in sharp focus throughout the entire depth of field, and somehow keeps all the action of every scene perfectly within the frame. Even when a camera is dropped, the resulting “accidental” framing presents a perfect shot with the kind of mise en scene that would take Steven Spielberg a day and a crew of dozens to construct.

The difference between Shyamalan and Spielberg—to whom Shyamalan was frequently compared after The Sixth Sense—is that Spielberg made an early, landmark masterpiece (Jaws) and then followed it up by topping himself over and over and over and over again. Shyamalan has never even come close to matching, much less topping, his early success. And it is unlikely that he ever will.

That doesn’t make him a bad director, of course, any more than The Visit’s failings make it a bad film. It has its moments, just as Shyamalan does.

In the end, though, both film and filmmaker suffer from a serious case of the could-have-been’s.

Who would have guessed that we might start to recognize a distinctive “Greta Gerwig” style of cinema?

Filmic sensibilities are an odd and difficult thing to define, but we know them when we see them. Woody Allen has a distinct sensibility and so does Martin Scorsese…and those two are in no way similar. Some films—whether tied to their namesakes or not—are easily catalogued as Capra-esque or Hitchcock-ean. And pretty much anyone who sees more than one movie a year can spot a Quentin Tarantino movie before the opening credits are done rolling.

Indeed, the indie actress-cum-screenwriter has emerged in recent years as an idiosyncratic cinematic voice, with her latest film, Mistress America, a minor-though-charming addition to her growing and impressive filmography.

Mistress America, which Gerwig stars in, co-produced, and co-wrote with director and best beau Noah Baumbach, is an unexpansive meditation on loneliness, narcissism, and the cult of (failed) ambition. And, like much of Gerwig’s most personal work to date, it delights in the struggle of a generation desperate to find its place as it comes to terms with the twilight of youth and the dawn of adulthood.

Tracy, played with compelling angst by Lola Kirke, is a lonely college freshman, an eager fresh face in New York City. She dozes off in class. The school literary society rejects her. And the boy she’s crushing on finds another girlfriend. Not an auspicious start to the rest of her life. But on a whim she calls up Brooke, her soon-to-be stepsister, who is ten plus years her senior, lives in Times Square, and leads an impulsive and adventurous city life. Tracy’s mom is marrying Brooke’s dad, and although the two girls have never met before, they immediately bond…and Tracy’s whole existence transforms from still-life black-and-white to full-motion Technicolor.

Theoretically, this is Tracy’s story, but the movie—like everyone who comes in contact with her—is drawn to and fueled by the ultra-charismatic Brooke.

Gerwig writes and plays Brooke as a narcissistic force of nature: a whirlwind of egocentric observations, insights, schemes, and dreams. She survives on pure brute force of personality, living off of a combination of odd jobs and utilitarian relationships. And despite a nearly clinical case of self-absorption, Brooke appears to be the only one in her orbit who fails to see that—regardless of her magnetism—she is completely and utterly doomed to failure. She fails see it, yes, but you get the sense that deep down she is beginning to suspect it.

Regardless, Brooke is madly in love with Brooke, even though Brooke is the kind of person who would absolutely hate Brooke if she wasn’t actually Brooke. But maybe that’s how we all really feel about ourselves.

Gerwig’s cinematic baptism has come at the altar of filmmakers like Whit Stillman and Baumbach himself, and it shows in her scripting of Mistress America. And that’s not a bad thing. Though less self-conscious—but dramatically warmer—than movies like Metropolitan or Damsels in Distress (which Gerwig starred in, as well), Gerwig the writer shares a talky, erudite style with Stillman and Baumbach. But her earthy, human moments are significantly more impactful and resonant.

When Anna, a forgotten high school classmate, approaches Brooke in a bar and confronts her over an episode of emotional bullying from years gone by, Brooke is bewildered. She dismisses Anna’s condemnations with a casual, callous rebuke, and then later laughs off the incident and catalogues it as a story to share with friends.