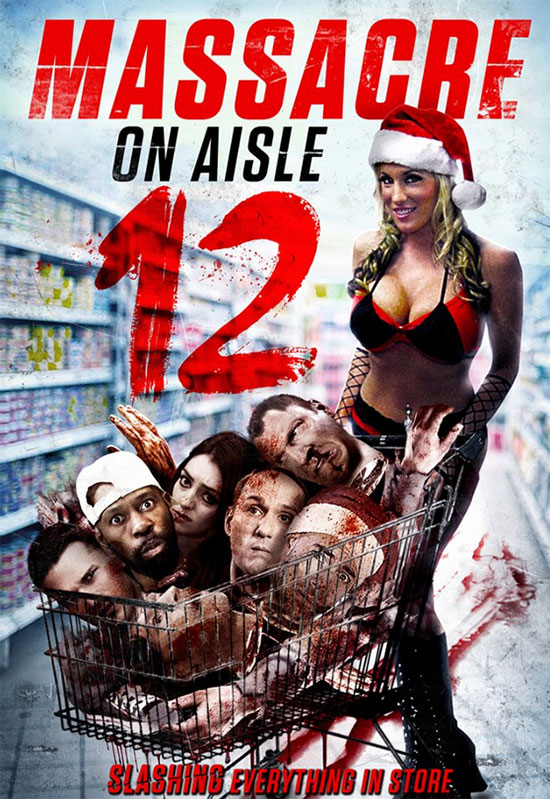 If given an opportunity, Massacre on Aisle 12 will find a receptive audience.

Whether that says something positive about the movie itself or something not so flattering about movie fans in general these days is an open question, but there will be those who love Massacre on Aisle 12.

The overwhelming takeaway of We All Fall Down is that pretty much every character has absolutely perfect teeth. Forget that they are living in a post-apocalyptic word, and forget that the survivors must scrounge the countryside for food and water. Forget that supplies are scarce, that danger lurks behind every tree, and that the bodies of the fallen litter the streets. Forget even that some of the characters are essentially mindless savages, raised from childhood as mute warriors brainwashed to do nothing but serve their mistress. Even those guys have perfect teeth!

In fact, one might say that had as much effort gone into the storytelling and performances of We All Fall Down as went into the apparently painstaking dental care of its characters, it might have been a more interesting movie.

Click here to read Madison Film Guy’s FULL review of WE ALL FALL DOWN at Horrornews.net!

If you could use just one word to describe Bethany, the new film from director James Cullen Bressack, that word would clearly have to be portentous. Every shot, every word, every glance, every beat, every scene—even every act of friendship and affection—is so pregnant with heavy, earnest, grim portent that the whole movie feels like a premature wake for someone who is just about to die.

At some point, it’s really fair to ask: why would anyone ever go camping ever again? It’s dirty. There’s no bathroom. Not a single Dunkin Donuts anywhere in sight. Forget showering in the morning. The bugs can crawl right into your mouth mid-snore. Oh, and on top of it all, there is all manner of criminal and creature waiting to murder you in the dark of the night.

It might be a werewolf interrupting your moonlit sexcapades. It might be a masked stalker chasing you through the mud and the murk. It might be feral pack of homicidal hillbillies ready to feast on your flesh. Bigfoot. Clowns. Predator aliens. Bats. Piranha. Or sometimes—just sometimes—there might be a kooky, crazy Arbor Demon waiting for you in the woods…. 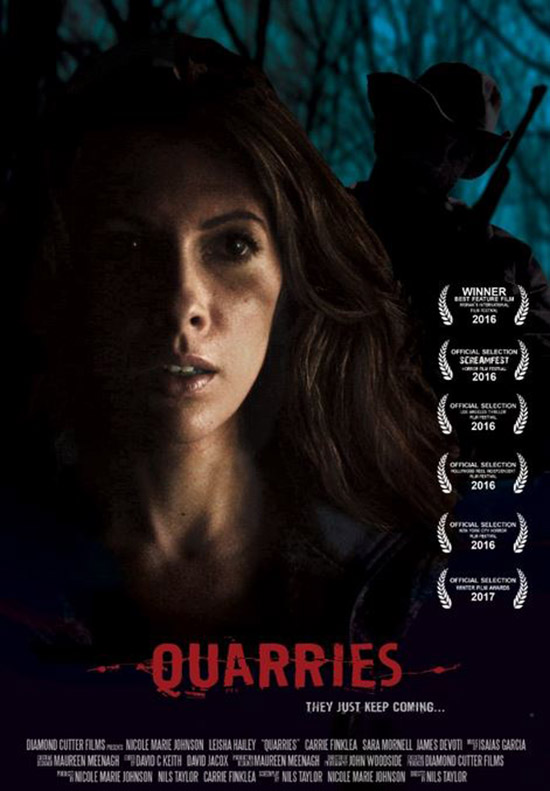 That’s not necessarily the overriding theme of the stalked-in-the-great-outdoors thriller Quarries, but it is certainly one takeaway…not to mention something on which nearly all of us can agree.

And it’s not a particularly new idea, either… 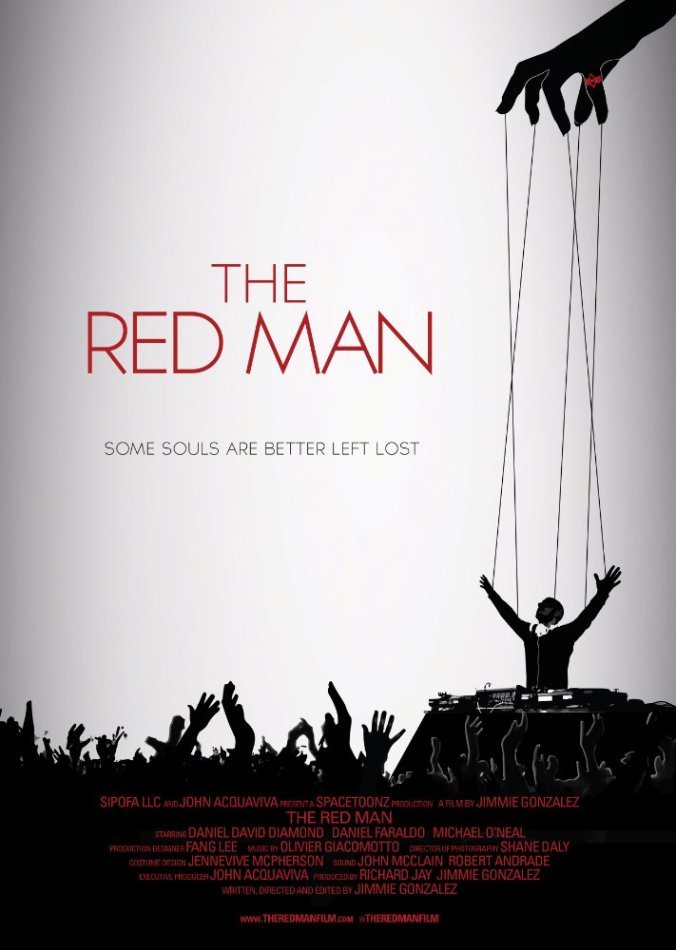 Certain filmmakers wear the incoherence of their films like a badge of honor, from relatively mainstream directors like David Lynch and Darren Aronofsky to experimental filmmakers across every genre. When you have a track record of excellence or undeniable potential, you get a pass. When you don’t, not so much. Or, as Crash Davis said so well to his rookie pitcher in Bull Durham, “If you win twenty in the show, you can let the fungus grow back [on your shower shoes] and the press will think you’re colorful. Until you win twenty in the show, however, it means you are a slob.”

It is unclear yet if writer/director Jimmie Gonzalez will make it to the proverbial show just yet, but the relative incoherence of his rookie effort The Red Man somewhat undermines what otherwise is a very solid effort by both Gonzalez and his team. 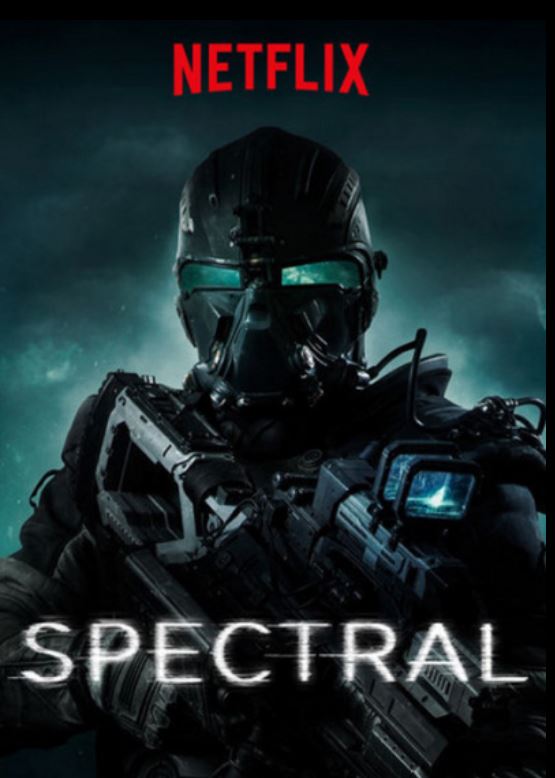 The cool thing about science fiction—whether it be timeless literature, matinee classics, or episodic series delivered through popular streaming services—is that there’s almost always more there than meets the eye. Damn the budget, the star power, the pedigree, and—yes—even the quality, science fiction is usually about ideas. Even the bad ones generally have something to say.

The 2016 release Spectral is no different…

I Was a Teenage TV Terrorist should come with a warning label. Well, several, actually. But for starters: any modern viewer would likely expect the 1985 film to naturally feel a bit dated some thirty-plus years after its original release, but the fact of the matter is that I Was a Teenage TV Terrorist feels out-of-time even for 1985…as if it were meant for another time and era. An affectionate homage? Perhaps. A modern satire playing on tropes from the past? OK, if you’re extremely generous. A simply terrible movie that misfires on nearly every cylinder? Absolutely.

Click here to read Madison Film Guy’s FULL review of I WAS A TEENAGE TV TERRORIST at Horrornews.net!

The past year or so in horror cinema has not been particularly kind to indigenous peoples…not that the previous century in horror has done them so many favors, either. The recent cannibal opus The Green Inferno may well have been the stinking tip of the noxious iceberg, portraying a “lost” tribe of indigenous Amazonians as wild, murderous, flesh-eating savages. Apparently, not having access to modern conveniences like high-speed streaming services can turn an entire civilization of natives into cannibalistic killers, to which I suppose any of us who have ever experienced our own occasional internet outages can certainly attest… 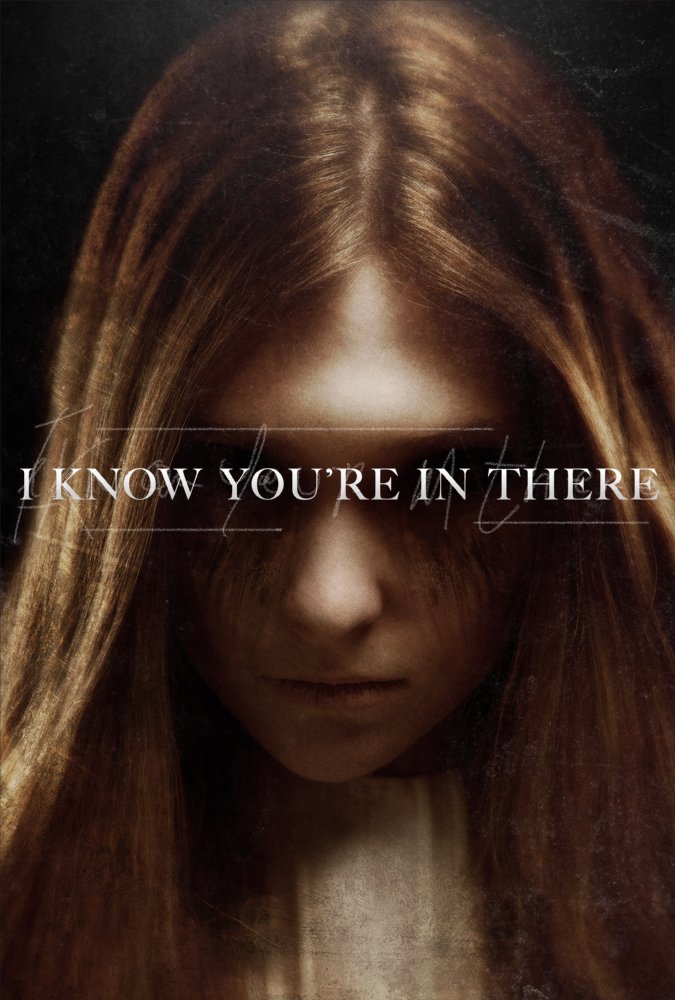 Just a little less than halfway into the movie, the central character looks into a home video camera—his full-frame face showing a small, bloody gash over his right eye—and says, as if he is revealing all the secrets of the universe, “As you can see, I’ve hit my head.”

And that’s about as subtle as it gets in the new horror/thriller I Know You’re in There….

Click here to read Madison Film Guy’s FULL review of I KNOW YOU’RE IN THERE at Horrornews.net!